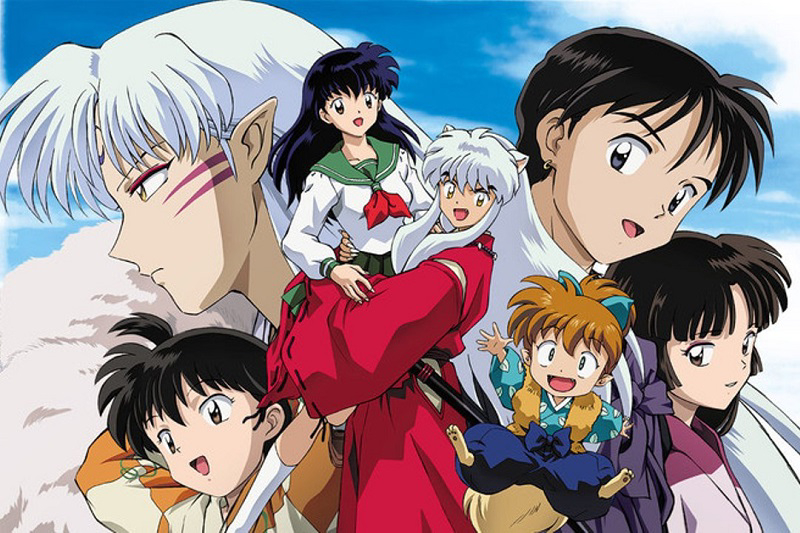 Inuyasha is a Feudal Fairy Tale and a Japanese Manga sequences illustrated and written by Rumiko Takahashi. This animated series was aired from October 16, 2000 to September 13, 2010. Inuyasha series episodes were popular all over the world and it had about 167 episodes. The producers of the series were Shogakukan and YomiruTelecasting. It was developed on the basis of Shogakukanaward winning series Manga.
The series Inuyasha revolves about a fifteen-year-old girl named Kagome Higurashi. She was enjoying a normal life until a demon dragon pulls her into an awful well. She did not hit the well’s bottom but ended up going back to 500 years past life. It was the time of Sengoku period, a violent time for Japan. The main target of the demon was to get the Shikon Jewel – a wish-fulfilling jewel that is natural within her.
After the fight with a revitalized demon, the sacred jewels shattered accidently. Kagome gets the help of hybrid dog or human called Inuyasha to prevent falling into mistaken hands and help in collecting the shards. There is another orphan fox demon named Shippo who helps Inuyasha and Kagome to achieve their quest. They were also accompanied by other members like Sango (a lethal demon slayer) and Miroku (an intelligent monk).They join togetherapart from their differences to get the power yielding shards all around feudal Japan and face the issues and threats that arise.
Sunrise produced the series. The series was broadcast on Nippon Television and Yomiuri TV. In South Asia and East Asia, the series was telecasted on English language Channels like Animax. Moreover, the episodes were collected by Avexin whole seven series. The DVD volumes were shared in Japan from May 30, 2001 to July 27, 2005.
Viz Media has the license of the English dub in order to release in North America. It was first telecasted on Adult Swim. But initially, it was planned to play on Toonami- a Cartoon Network channel. The series on Adult Swim telecasted between August 31, 2002 and October 27, 2006. Later, it was telecasted on Toonami between November 2012 and March 2014.
Inuyasha Series Episodes List
Season 1: There were about a total of 27 episodes. It was aired from October 16, 2000 to May 27, 2001.
Season 2: In the second season, episodes 28 to 54 was aired from May 28, 2001 to December 10, 2001.
Season 3: In the third season, episodes 55 to 82 was aired from December 17, 2001 to August 12, 2002.
Season 4: In the fourth season, episodes 83 to 110 was aired from August 19, 2002 to May 12, 2003.
Season 5: In the fifth season, episodes 111 to 138 was aired from May 19, 2003 to January 19, 2004.
Season 6: It is the pre-final season with episodes 139 to 167, which was aired from January 26, 2004 to September 13, 2004.
Final Act Season: In the last season, it has episodes from 168 to 193. They were aired from October 3, 2009 to March 29, 2010.