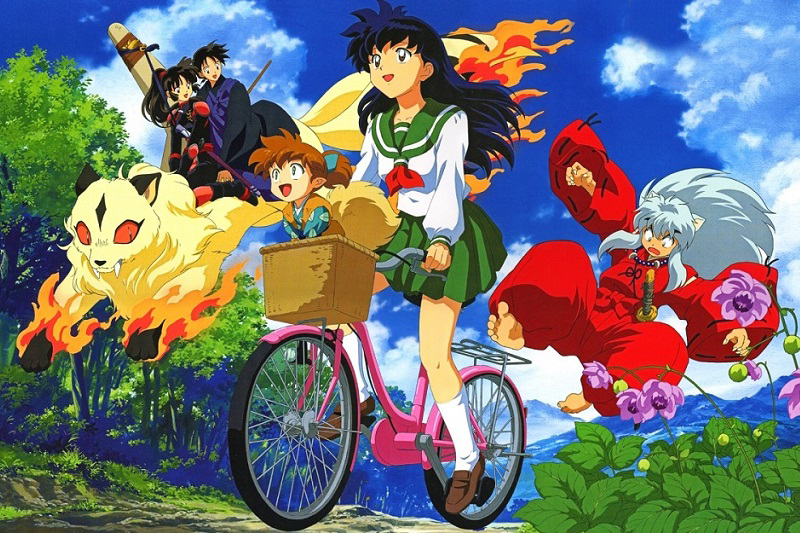 One of the most well-known characters of all time is the Japanese animation characters of Inuyasha. Among these are Inuyasha, Kagome Higurashi, Miroku, Sango, Shippo who are the main characters. Other characters of this Manga include Kikyo, Kohaku, Shako, Midoriko, and Onigumo. The main villain is Naraku.
Inuyasha happens to be the central character of the series. He is half human, and half demon (which is a hanyo), whose mother is a human princess and father is a demon. While his mother is killed for doing this, his father brings her back to life but eventually dies in the process of bringing her to life and protecting her from her guardsmen. He becomes orphaned as a child, and the one weapon he has is the Tetsusaiga, a sword that has been made from the fangs of his father. This sword has special powers which can kill several demons in one strike. The only time he becomes fully human is during the new moon when his demon blood diminishes. Inuyasha is a hugely popular character who is one of the most beloved in this manga series. Inuyasha goes through several adventures and at the end of the series, he has evolved into a very astute character.
Other Characters Of The Series
Kagome Higurashi happens to be the second character and the person who is relating the sequences. Kagome lives in Tokyo in the twentieth century and is fifteen years old. Kagome happens to become Inuyasha love interest after a period, even though things don’t start well with them. Over a period, Kagome goes back in time to the fifteenth century Japan and then returns to her family in the 20 the century. Eventually, she is able to travel back to the past to be with Inuyasha
The third most important character in this series happens to be Miroku who helps Inuyasha and Kagome to defeat Naraku. Miroku is a monk whose grandfather has been cursed by Naraku and Miroku carries the curse in the palm of his hand, which looks like a black vacuum. In the English translation, this is known as the Air Void or a Wind Tunnel and has the capacity to suck anything into it. This black void curse is not just his biggest threat, but it also happens to be his biggest weapon also. This Wind Tunnel would one day pull Miroku into it just the way it did both to his grandfather as well as his father.
The villain of this series happens to be Naraku. Naraku happens to be a demon that is made by Onigumo, who was in love with Kikyo. At one point in the series, Onigumo becomes resentful of Inuyasha, and in reaction to this Onigumo creates several demons, which is led by a “spider” demon, as a result of this extreme jealousy to Inuyasha. Naraku also has the ability to morph into different people and can even make some parts of his body to detach from him.
To sum up, it would be right to say that the Inuyasha series is one of the most exciting series in Japanese anime series.