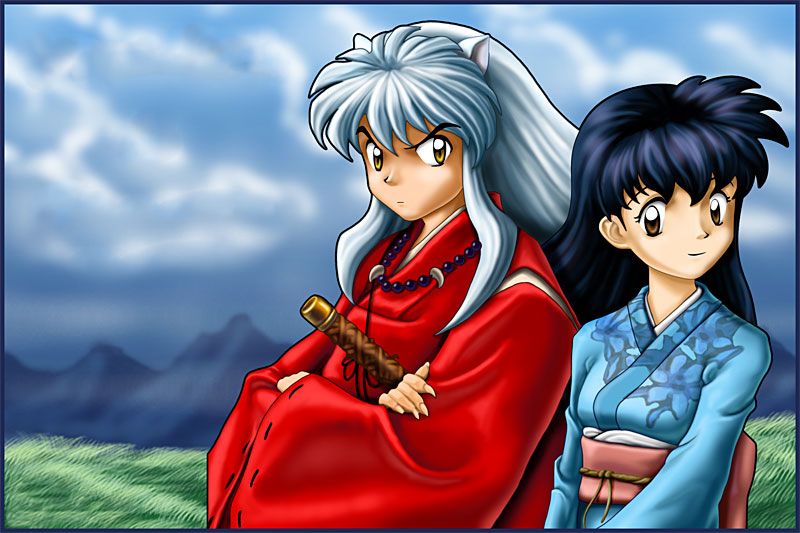 One of the most beloved Japanese animation characters of all time is Inuyasha. It wouldn’t be wrong to say that an entire generation of children grew up watching Inuyasha after the school hours. Inuyasha was an incredibly successful cartoon character based on a Japanese theme, like other Japanese animation characters such as Doraemon. Almost every child knew about the superhuman strength if Inuyasha. Inuyasha happens to be the child of a woman called Izayoi and a dog demon”yokai” whose name is Inu no Taisho. Takemaru, who is Izayoi’s guardsman is angry about this relationship and kills her using a spear. But Izayoi is brought back to life by Inu no Taisho with the help of Tenseiga, his sword. The loss of energy of this entire process kills Inu no Taisho, and he ensures that Takemaru will not be able ever to find where Inuyasha or his mother is.
As a child, Inuyasha is very lonely, because he is a half human half demon (a hanyo) and his mother also dies at a very early age, so he ends up having no one at all. Inuyasha is not able to shield himself from the yokai who are living near him, and this makes him aggressive and defensive. At this point, Inuyasha hears about the Shikon Jewel, which is able to change a hanyo to a full-fledged yokai, and so he is out to steal it. However, it is guarded by a miko called Kikyo. It so happens that Inuyasha falls in love and wants to be a part of Kikyo’s life. Kikyo makes a promise to Inuyasha that she will use the Shikon Jewel to make him completely human so that they can have a life with each other. But things don’t happen the way they plan.
The Characteristics Of Inuyasha
Inuyasha is much faster, more robust and stronger than humans. He has extraordinary endurance, speed, and strength. Even when he is stabbed in the chest or stomach or wounded badly, he has the powers to get healed. Also because Inuyasha is a half dog, he has an extraordinary sense of smell. He can smell blood from as far as one kilometer away from him and has the power to detect yoki (which is a demonic energy) with his extremely powerful nose. Yoki refers to demonic energy that is used both by hanyo and yokai during combat. Because Inuyasha is half demon, which he inherited from his father, it is difficult for him to channel or control his energy. Therefore, Inuyasha uses his sword to channel this excess energy. His strengths include the SankonTessi which means that he is able to channel a demonic energy known as yoki or demonic energy and can slash someone with more power. This gives him the strength to even cut through tough things such as steel and he can kill a weaker yokai at one shot. Another ability that Inuyasha has is the HijinKesso, which means that Inuyasha will be able to manipulate his blood with yoki or demonic energy and can use it to fire in the form of blades that are shaped like a crescent.